Speaker of Dr. Ruth Segomotsi Mompati District Municipality, Cllr. Lorato Setlhake was born and bred in a small township of Huhudi in Vryburg in the North West province. She did her primary education at Mokgosi Primary School and continued to John Frylinck Middle School. Cllr. L.V Sethlake ended her schooling at Pule Leeuw Comprehensive Secondary School; she further attended courses at Love Life Center and several development courses.Cllr. L.V Setlhake has always been an active member in politics; she was a leader of the Congress of South African Students (COSAS) at Pule Leeuw Comprehensive Secondary School and the secretary of COSAS in the Bophirima District Municipality (2001-2002).  Cllr. L.V Setlhake was elected as the Branch Sectary of the African National Congress in the Ruth Mompati Region (2003). Subsequent to that, she was elected as the member of Regional Executive Committee (REC) and Regional Working Committee (RWC).

Cllr. L.V Setlhake worked at Naledi Local Municipality (2008-2014), Department Of Social Development (2014-2015) and the Parliamentary Constituency Office as an administrator. Cllr. L.V was elected as a councillor in the Dr. Ruth Segomotsi Mompati District Municipality on the 19th August 2016 where then she was elected as the Speaker of council.

About office of the Speaker

Office of the Speaker has 5 Staff members: 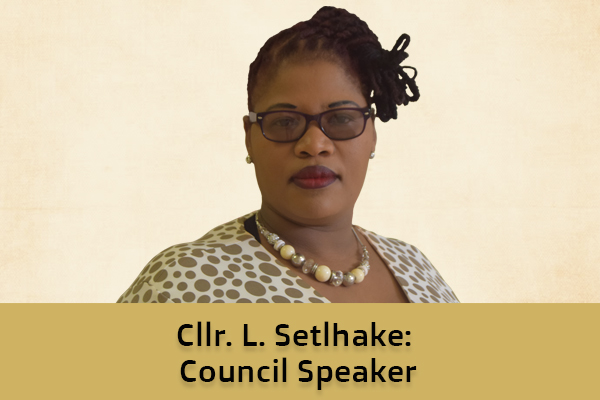 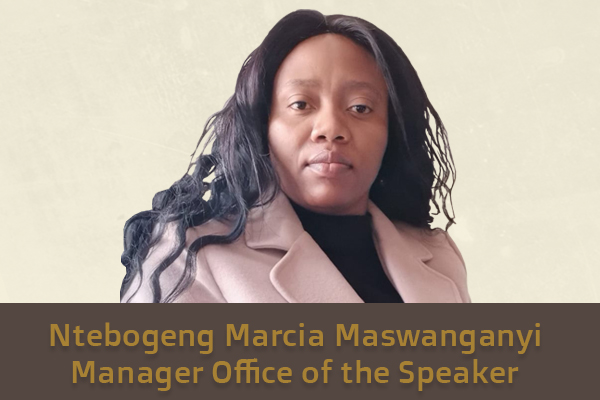